An Astronomer and a Physicist 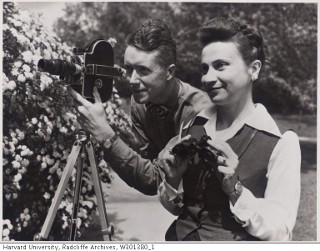 I grew up in West Lafayette, Indiana and Hazel Crest, Illinois, a suburb of Chicago. Probably the most interesting thing about my family is that my mother received one of the first Ph.D.s in astronomy from Harvard University. She was the sixth. My father had a Ph.D. from Harvard, too, though it was in physics. My family environment might have been a little strange with an astronomer and a physicist as my parents. I used to start conversations by saying that as the son of an astronomer and a physicist it’s only natural that I became an astrophysicist

My father was a physics professor at Purdue University, and I was sort of a lab rat. When I would hang out in his lab, he would give me resistors to sort. They have color bands to indicate the resistance. When the technicians take the wrong one out of the box, they would throw them into a box with a whole bunch of resistors. You can recover them if you can find somebody really cheap who can sort them by their colors. I was the cheap labor.

When I was a kid, a physics faculty member at Purdue helped me configure a telescope mirror in his lab. Every day he and I would work on building this telescope, or at least making the optics for it. I got interested in whether or not I could build a telescope, so I built a telescope; my dad helped make the mount. I think I was more interested in building the telescope than looking through it. It was building it that was interesting. As soon as I finished the telescope, I went on to build something else. I was a nerdy kid. I also did a Millikan oil drop experiment. The oil drop experiment measures the charge of an electron. It’s something you can actually build in your bedroom, as it turns out, as long as your mom is understanding.