Birth of the Atomic Bomb 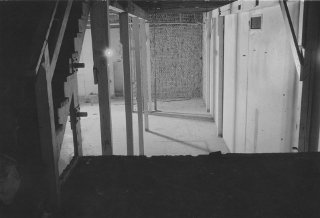 During the fall of 1942 one of the burning issues of the age was whether nuclear fission could be made into a chain reaction that could be controlled. Enrico Fermi, a physicist working on the problem, knew that when an atom splits it releases other neutrons. Under the right conditions, those neutrons could go on to split other atoms in a chain reaction that would either lead to a steady generation of heat or a huge explosion.

He built a nuclear pile composed of graphite bricks embedded with Uranium 235 in a squash court beneath the stands of the University of Chicago Stagg Field stadium. On December 2, 1942, control rods were removed from the pile, unleashing the first controlled, self-sustaining nuclear chain reaction. Fermi had built the world's first nuclear reactor, a technological achievement that would later be used to supply a significant proportion of the world's energy.

The achievement was also the first practical step toward creating a bomb. Once the fission ratio for creating a chain reaction was measured and the implications understood, it was promptly kept very classified. 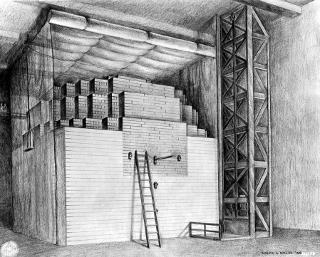 Atomic Pile [sketch]: On December 2, 1942 using a nuclear reactor erected under a section of the West Stands of the University of Chicago's Stagg Field, a group of scientists achieved the first self-sustaining chain reaction and thereby initiated a controlled release of nuclear energy. The reactor consisted of uranium and uranium oxide lumps spaced in a cubic lattice embedded in graphite. In 1943, the reactor was dismantled and reassembled at the Argonne National Laboratory. Photographic copy of drawing.
Credit: Archival Photographic Files, apf2-00501, Special Collections Research Center, University of Chicago Library 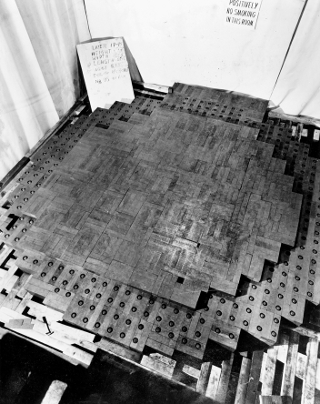 Atomic Pile [layer - photograph]: Photograph taken November 1942 during construction of the first nuclear reactor as the 19th layer of graphite was added. Layer 18, almost covered in the picture, contained uranium; alternate layers of graphite containing uranium metal and uranium oxide were spaced by layers of dead graphite. Construction was carried on in this manner to the 57th layer, which was one layer beyond critical or operating dimensions. The roughly spherical form of the structure is shown as is some of the supporting framework. The reactor was constructed under a section of the West Stands of the University of Chicago's Stagg Field, and was operated for the first time December 2, 1942.
Credit: Archival Photographic Files, apf2-00502, Special Collections Research Center, University of Chicago Library