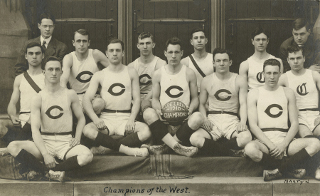 For a long time after William Herschel first classified the fuzzy patches he saw in the sky as nebulae in the 1780s, they were considered to be located within our Galaxy, the Milky Way. In the early 20th century, the possibility that the nebulae could be outside of our Galaxy and galactic in nature themselves became more and more prominent among astronomers, including Heber Curtis. Others, such as Harlow Shapley, believed that they had to be in our Galaxy and that the Milky Way made up the entirety of the Universe. This led to a Great Debate between the two great astronomers about the scale of the Universe. Later in the 1920s, I would measure the distances to a number of nebulae and find they were far outside our own Galaxy, and were in fact star systems themselves, like our own Milky Way thus solving this great problem through astronomical observation.

I am Edwin Hubble and I am an astronomer.

I was born in Missouri, but moved to Chicago when I was 9 years old. I liked sports and played basketball and boxed through college at the University of Chicago, which helped me to get a Rhodes scholarship to go to Oxford University after I graduated in 1910. While at Oxford I studied the law because it was expected of me by my family. One year after completing the degree at Oxford and returning to the United States, I decided to pursue astronomy professionally and entered a PhD program in astronomy at the University of Chicago.

After I completed my dissertation, a photographic investigation of faint nebulae, George Ellery Hale, the director of Mount Wilson Observatory in California, asked me to join their staff. The United States had just joined the Allied Forces in World War I,so I joined the military instead and served in France until the end of the war. As soon as I was discharged, I headed directly for Mount Wilson to pick up my astronomical research.