Looking to the Stars

Starry night at Yerkes: Can you find the satellite in this time-lapse photo of the night sky over Yerkes Observatory in Williams Bay, Wisconsin?
Credit: Courtesy Janet Branson

How far are the stars that light up the night sky? When will we ever go out there? How are constellations identified? Why do some stars shine more than others? Why do they shine in the first place?

These were questions my friends and I asked looking up at the night sky. As a child growing up in Greece, I spent many summer nights with my friends on the beach, lying on blankets looking up at the stars. Now and then we'd see a falling star and we'd play the “find a satellite” game to see who could spot one first. The stars are so far away yet so much a part of us. I always wanted to know more about them.

I am Chryssa Kouveliotou. As an astrophysicist today at NASA's Marshall Space Flight Center in Huntsville, Alabama, I can bring the Universe closer whenever I want without leaving the Earth. 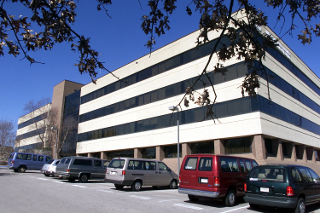 Marshall Space Flight Center: The National Space Science and Technology Center in Huntsville, Alabama, a collaboration between NASA, Alabama universities, and other governmental agencies such as the National Science Foundation and the Department of Energy. This laboratory for cutting-edge science and engineering research is where Chryssa works.
Credit: NASA/MSFC