A Talent For Physics 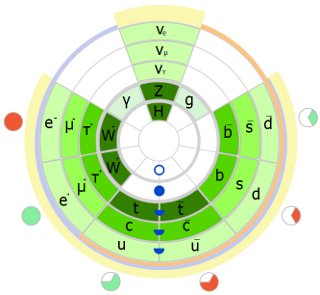 At that time I thought the most interesting thing in science was elementary particles, out of which everything is made. Not just the larger pieces of atoms, like protons, neutrons, and electrons, but the quarks and leptons as well. All of the mysteries of the Universe were in the fundamental forces of nature and in the particles on which those forces acted. Those things were just being discovered in physics laboratories in the 1950s and 1960s. The thought that this physics research would have anything to do with astronomy had not yet been appreciated.

I knew right away that I wanted to study physics in college. I went to a liberal arts college called Swarthmore in Pennsylvania. After a few weeks in school I began to worry. I hadn’t met any other physics students yet, and I already knew a lot of the stuff being taught in my Physics I class. I was starting to get bored. I took a gigantic leap of confidence and asked to enroll in sophomore physics as a freshman. I was handed a book and told, “Read this. Here’s the first semester of sophomore physics.”

I went home and read it over Christmas vacation, and passed the final exam. I aced it actually. I was so proud of myself that I could do this stuff. I thought to myself, “I think I’m going to be good at this!” When you’re a country kid coming from a country high school, you have no idea whether your competitive position is good or bad. But when I was able to pass that exam, I thought I actually had a chance at amazing things. It really encouraged me to give all of my thought and attention to science. From that time on I was pushing as far as I could into physics, astronomy, and math.