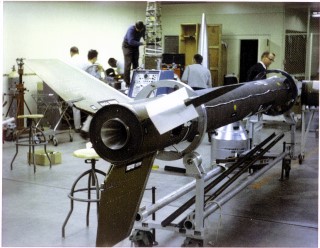 After my year in Cambridge, England, I spent a post-doctoral year at Cornell University in New York State, and was then offered a professorial position. I had several problems in mind that could be explored in the infrared: It would be interesting to look at interstellar dust grains and interstellar gases to see whether they provided any signs of organic chemistry or biological activity. If so, perhaps one could gain an idea of where the chemical elements came from that had given rise to life on Earth. Another possibility was testing the steady state theory of cosmology, which Fred Hoyle had been advocating. If Hoyle’s theory was correct, there would be a lot of energy in the Universe as a result of hydrogen fusing to form helium. I had made some calculations to figure out whether available infrared detectors would be sufficiently sensitive to detect this energy.

Optical observations had also detected a lot of dust floating within the Solar System and lit up by sunlight. I thought that some of the light from the Sun would be absorbed by the dust grains, and the heated grains should re-emit this absorbed energy at infrared wavelengths. To measure this radiation, I calculated, we would again need relatively sensitive equipment. Eventually our rocket group at Cornell made the first detections of the infrared radiation this interplanetary dust emits. It turned out to be quite a bit brighter than my calculation had suggested. All these calculations were simple but could indicate whether predictable findings were measurable.