Many really interesting observations would require a cold telescope. Unless it was very cold --- ideally at a temperature of almost absolute zero, and most likely cooled with liquid helium, it would be warmer than the sky it was observing, meaning that the radiation the telescope itself emitted would outshine any faint stars, galaxies, or interstellar gases, and prevent their detection.

It wasn’t just a matter of getting a cold telescope up above the atmosphere, you also had to launch it under vacuum --- with any traces of air fully pumped out. Otherwise, in a fraction of a second the water vapor always present in air would freeze on the telescope mirrors; they would be covered with a layer of ice and your instruments wouldn’t be able to detect anything. The moisture problem disappears only after a telescope passes beyond the atmosphere, into surrounding space. The vacuum of space is safely devoid of moisture. 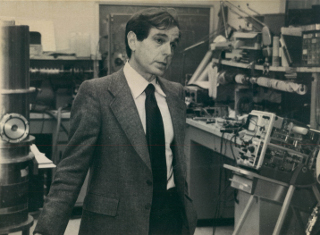 At Cornell we started developing these telescopes, but the technological problems were severe. Nobody had ever cooled a telescope to liquid helium temperature before, and we soon discovered we couldn’t easily succeed either. We needed to keep our telescopes well insulated to avoid the heat from the Earth or the Sun from quickly boiling off the liquid helium. Any little amount of heat that got transmitted into the instrument would immediately—and sometimes explosively—evaporate the helium. In the laboratory this could be quite dangerous. People could be seriously hurt.