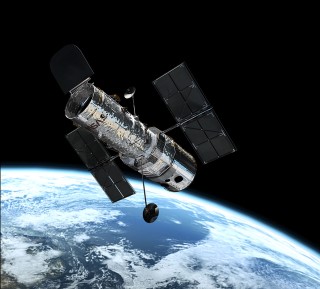 We faced many challenges preparing Hubble for launch. Once a spacecraft is in orbit you cannot easily fix things. You have to have a high level of assurance that every system and subsystem will work and have a plan to fix it if necessary. We undertook a thorough examination of the spacecraft and its planned operations. The first challenge we found was the problem of pointing the telescope. Hubble’s guidance system relies on gyros and optical sensors calibrated to guide stars for pointing, but no all-sky catalogue existed for such faint objects. We embarked on a major effort to construct a catalogue of 20 million stars to the fifteenth magnitude, which has become a scientific and technical resource to all of astronomy. In addition, the data rate from and to Hubble was so high that nothing but automated systems would do, both to command the observatory and to receive and reduce the data. Our team developed software and computer models for testing Hubble’s instrumentation before launch, which we continuously verified in orbit. We also developed a software pipeline capable of analyzing data in real time. It should be emphasized that these advances required the development and use of technology at the limit of the then-available capability.

As with Einstein, it was essential to provide to all observers high-quality calibrated data with little delay. We constructed a freely available archive of this data, a methodology that has been widely adopted by other observatories. We established an educational and outreach program that brought Hubble’s results to the entire astronomical community, the American public, and the world. We reached out to schools, teachers, and the amateur astronomy community, whose participation in the use of Hubble produced scientiﬁc and educational beneﬁts for a tiny fraction of the observing time.

These were exciting years, but not long after Hubble’s launch, my son Marc died in an automobile accident. The Institute, Hubble, and Baltimore were continued and painful reminders of devastating grief. When the offer came to become Director General of the European Southern Observatory (ESO), Mirella and I jumped at the opportunity. 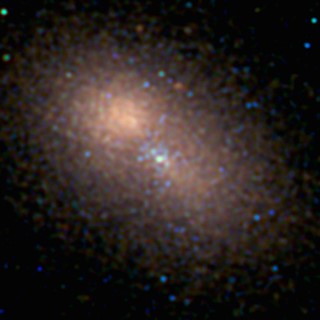 HST Center of M31: This Hubble Space Telescope image centers on the 100-million-solar-mass black hole at the hub of our neighboring spiral galaxy M31, the Andromeda Galaxy. It is one of the few galaxies outside of the Milky Way that is visible to the naked eye. This is the sharpest visible-light image ever made of the nucleus of an external galaxy.
Credit: NASA, ESA, and T. Lauer (National Optical Astronomy Observatory)