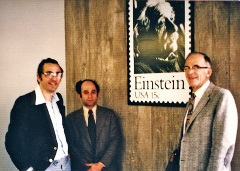 I was mostly interested in interstellar shock waves: supernova explosions and breaking up dust grains. Don York and I wrote two papers on these topics while I was in grad school, and Lyman and I wrote some theoretical papers. These papers became my thesis. After some time at Berkeley, I came here to Colorado and worked on something called the IUE, International Ultraviolet Explorer. You have to know your alphabet soup in this game.

I remember one anecdote from 1975 or 1976: Lyman Spitzer and John Bahcall were selling the concept of the Hubble Space Telescope, though it wasn't called the Hubble then, just the Space Telescope. They were shepherding it through the ups and downs in Congress. I remember Lyman would schedule a meeting with me but then have to run to the airport or, more often, the train station. He'd go down to Washington, D.C., lobby Congress, and then come back the next day. He'd do this like clockwork, every week.

After I graduated, they had a big conference: Scientific Research with the Space Telescope. I was probably the youngest person at the conference; I was 25 years old. Little did I know then that it was going to take another fifteen years for Hubble to be launched. You have to have an incredible amount of patience to be in this field. No one thought it was going to take fifteen years, but with all the ups and downs and delays in Congressional funding, it did. 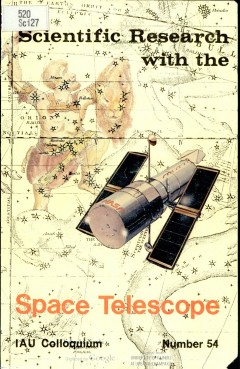