One thing I like is that as a telescope matures, and Hubble is a mature telescope, the observatory directors, in consultation with science advisory groups, set aside time for really big projects instead of just giving everyone a few orbits or a few hours. They ask, "What project would you want to do before the satellite dies?" The directors of Hubble, Spitzer (an IR telescope), and Chandra (an X-ray telescope) have done this, and I think that's really good policy. If the taxpayers understood how competitive it is and how we're really planning for the long-term, they would be proud of how we're using their taxpayer dollars. It's really well used. And we also bring in young people; we try to keep developing new ideas and let young people lead the new projects based on those ideas rather than having the old guard manage the projects. This keeps the field healthy.

The early days of space astronomy were wonderful, and I was lucky enough to be in on some of them. Any telescopes you put into space allowed you to do great science. The first detectors, the first X-ray and UV missions skimmed the cream. Then the next things became hard, because it's a photon-starved field. If you want to go and look at faint objects such as quasars, distant stars, and other galaxies, you need a big telescope!

The early ultraviolet telescopes were ten or twenty centimeters in diameter; they were small. Now, we're talking 2.4 meters; that's the Hubble. And the Hubble, with all of its instruments, probably cost a couple billion dollars to build and launch. With all of the subsequent servicing missions to Hubble, add it all up and you're looking at six or seven billion over the years. You can see where it's headed. The easy things have all been done. Astronomy in space is now in the era of big science: in physics, the big particle accelerators such as the Large Hadron Collider in Europe represent big science; in biology, the Human Genome Project is big science. Big science costs billions of dollars for each program. 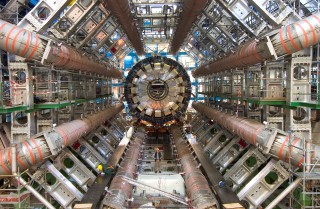 NASA astrophysics has a budget of maybe 1.1 billion dollars a year. Out of that, you've got to fund everything: rockets, small satellites, big satellites, and major observatories, along with the grant money to allow scientists to work on the data. If you do the arithmetic, a big science mission costing two or three billion dollars cannot be done more than every ten years when you only get one billion per year. That's why the astrophysics program is stretching out. Things are getting bigger and more costly and new launches are less frequent. The problems we're trying to solve are bigger. However, some small, beautiful missions that can be done for $300-400 million are done on a regular basis.